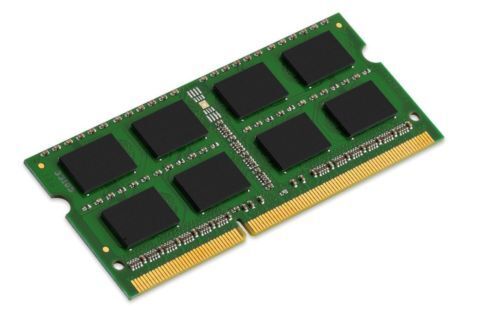 Random-access memory, also known as RAM, is a critical component of a computers operations. All of the data you have opened, including games, multimedia, software, and files, are held in the RAM. These particular modules are able to hold precisely 8 GB of data.

What is DDR3 SDRAM?

DDR SDRAM, which stands for double data rate synchronous dynamic RAM, describes a particular type of memory. The purpose of DDR technology is to improve the bandwidth, or the data transfer rate, of the RAM. This is done through a process called double pumping, which essentially transmits data twice per clock cycle. DDR3, which superseded DDR1 and DDR2 in 2007, is the third generation of the technology. The data bandwidth rate of DDR3 is faster than its two immediate predecessors. It can operate at eight times the speed of its internal memory arrays.

How do you choose the right SDRAM?

All DDR3 cards can be identified by a name consisting of the word PC3 followed by a number: for example, PC3-6400 or PC3-17000. This number corresponds roughly to the total maximum data transfer rate of the SDRAM in megabytes per second. PC3-6400 can transfer data at 6,400 megabytes per second. This is the maximum theoretical rate, but the actual rate may be lower, depending on real-world conditions. Apart from bandwidth, you should consider the following factors:

Are different types of memory modules compatible with each other?

A few different factors determine compatibility, including the signaling voltage and the timing of the memory. In general, it is not possible to mix together two different generations of DDR SDRAM. DDR3 is not compatible with DDR1 or DDR2. You will need to match DDR3 SDRAM cards with each other. It is possible to mix together DDR3 with different clock speeds and bandwidth rates, although the memory may only operate at the speed of the slowest card. Another factor you will want to consider is the physical connection between the memory and the computer, including the number of pins. Dual in-line memory modules, known as DIMMs, are built for desktop computers. Small outline dual-inline memory modules, or SO-DIMMs, are half the physical size of DIMMs. They are built for laptops and smaller computers.