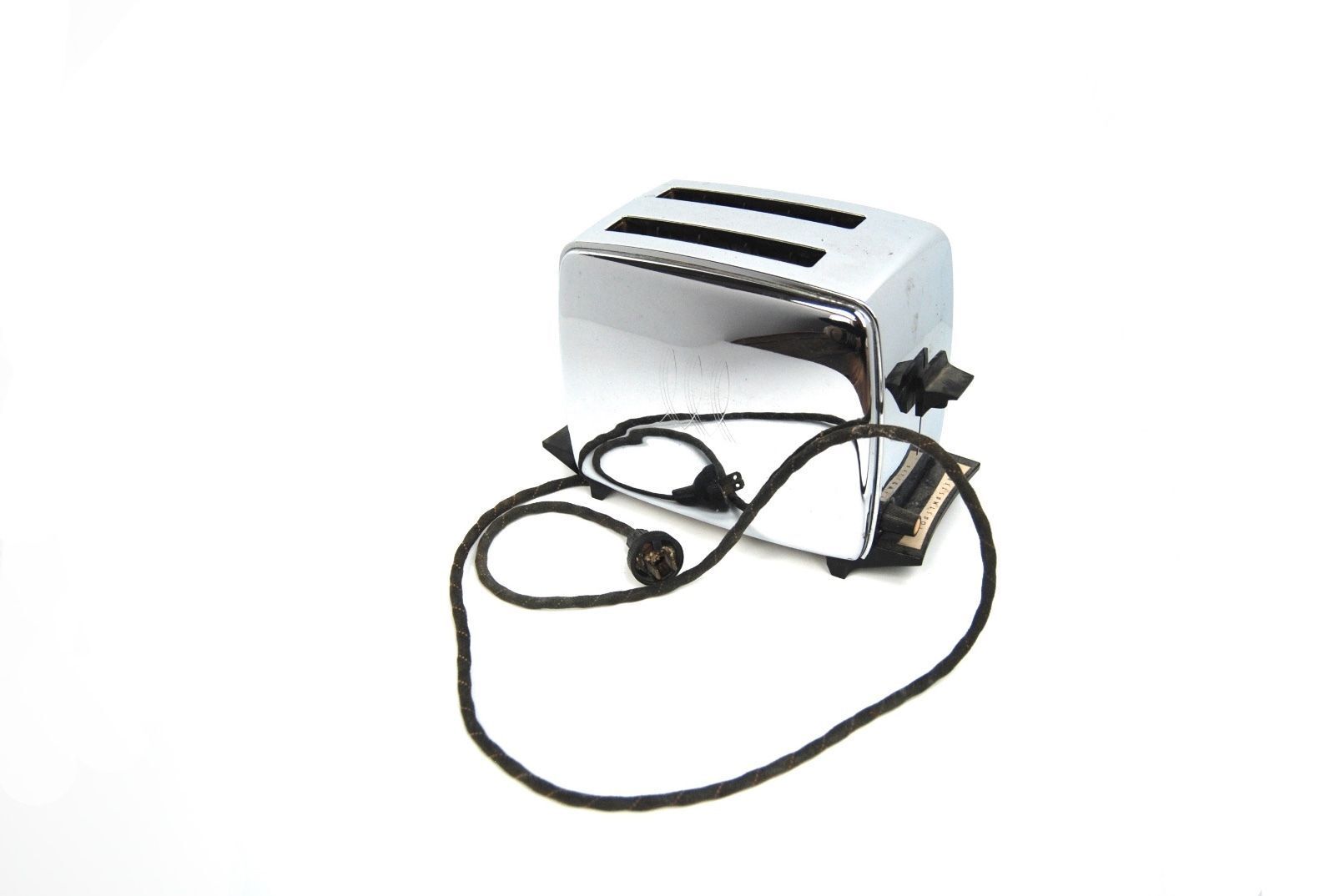 First invented in 1893 by a Scottish inventor named Alan MacMasters, the first toasting machine was called The Eclipse. By 1919, a pop-up 2-slice toaster found its way into kitchens. During the 1920s, toasters were in more than a million homes, and they became a necessary item for making breakfast; old vintage toasters from many brands have become collectible antique appliances.

What types of vintage kitchen toasters are collected?

There are a number of styles of these kitchen appliances. Some are 2-slice toasters and some have a 4-slice capability. There are even some designs that rotate, such as a carousel. Some collectible toasters include the following:

How did early machines make toast?

The door was opened and the bread was placed inside on both sides of the toaster for 2-slice making. After the toast was done, the doors were opened and the toast was taken out. One of the typical brands was Westinghouse. These toasters were called Flip Flop or Turnover. Many of these models were produced in the 1920s and 1930s.

What metals are early toasters made from?

Because the metal had to be safe when heated to high temperatures, chrome was developed in the beginning of the century. It had a low conductivity of electricity and wires and filaments could be safely constructed inside. Later, stainless steel was used. Some early kitchen toast machines have these heating elements visible when the doors are open.

Yes, as an alternative to chrome, developed by Albert Marsh in 1906, General Electric patented its own metal in 1908. It was named "calorite" and contained iron. Using this nickel-chromium alloy instead of the earlier chrome, GE introduced a bread toasting machine in 1909, the D-12; it was designed by the inventor, Frank Shailor. This machine was a success commercially, and after 1928, when bread slicing machines were invented, it continued to sell well. Some vintage D-12s have a flowers-based design and are considered collectible.

What is an antique Carousel Toaster?

Made in Germany in the 1950s by the Elem Company, this type of vintage toasting machine browns four slices at a time. The bread holders turn by turning a knob at the top. These were made to be approximately 10 inches high and 7.5 inches wide.