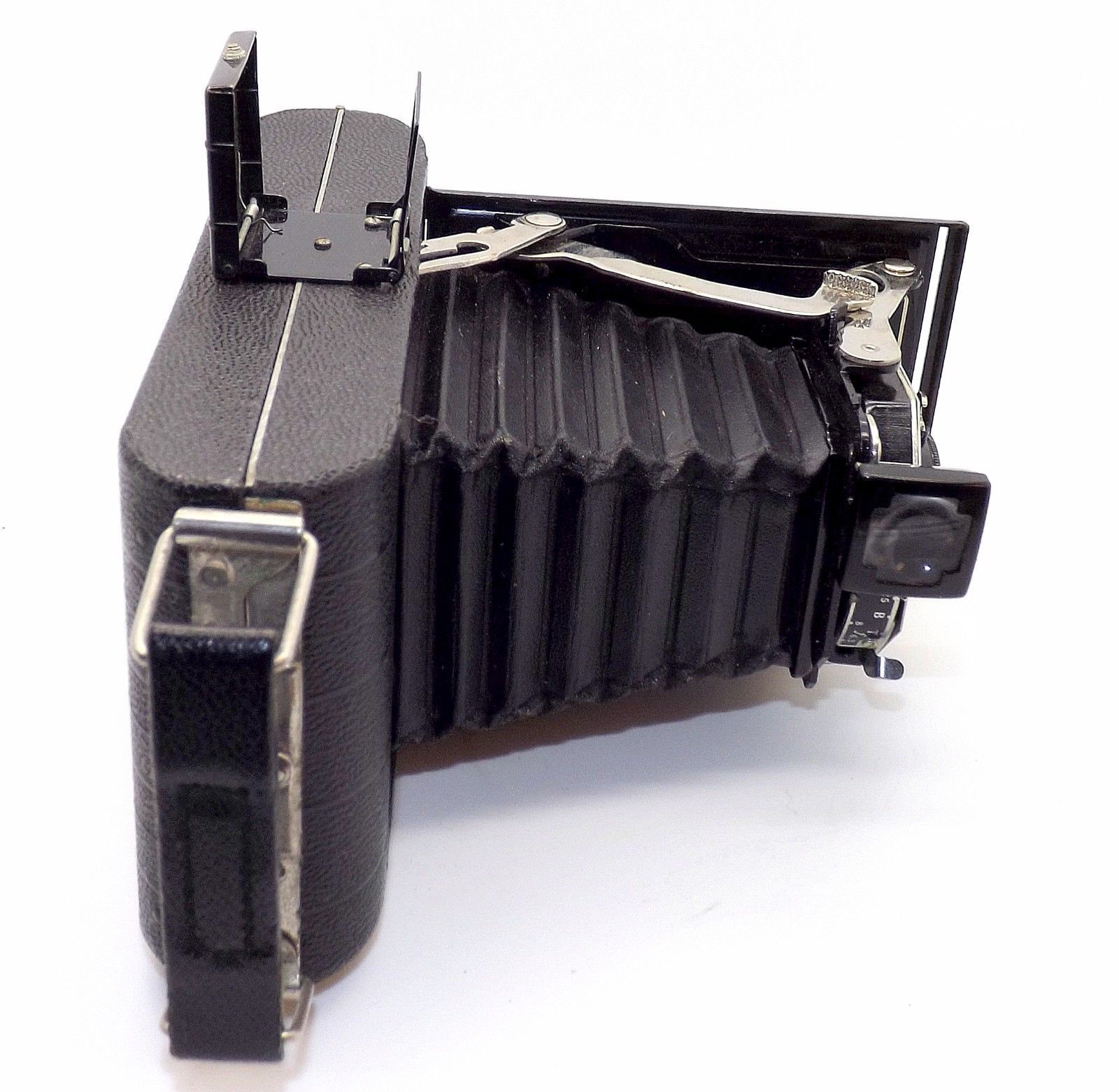 All About Kodak Six Vintage Cameras and Other Folding Cameras

Folding cameras were some of the first portable cameras as their sturdy box helped protect the working mechanisms while they were still light enough to carry. Eastman Kodak introduced their first folding models in 1897. While some people collect these cameras as conversation pieces, others love using them to produce unique effects in pictures.

What are some types of Six Vintage Cameras?

Kodak made several different models of Six cameras. They were all folding box cameras that some people nicknamed folders. Each came in a box that opened to reveal a camera with bellows. There are many types of folding cameras, including:

What types of bellows are on folding cameras?

Bellows are an accordion-like, expandable part of the camera usually located between the viewfinder and the lens. Generally, folding models have either bag bellows used with short focal- length lenses or accordion bellows used with longer focal-length lenses. Moving the bellows up, down, right or left allows the photographer to capture different perspectives in photos.

What type of film do you need for folding cameras?

Folding cameras can take a variety of film depending on the model. These include:

Content provided for informational purposes only. eBay is not affiliated with or endorsed by Kodak.