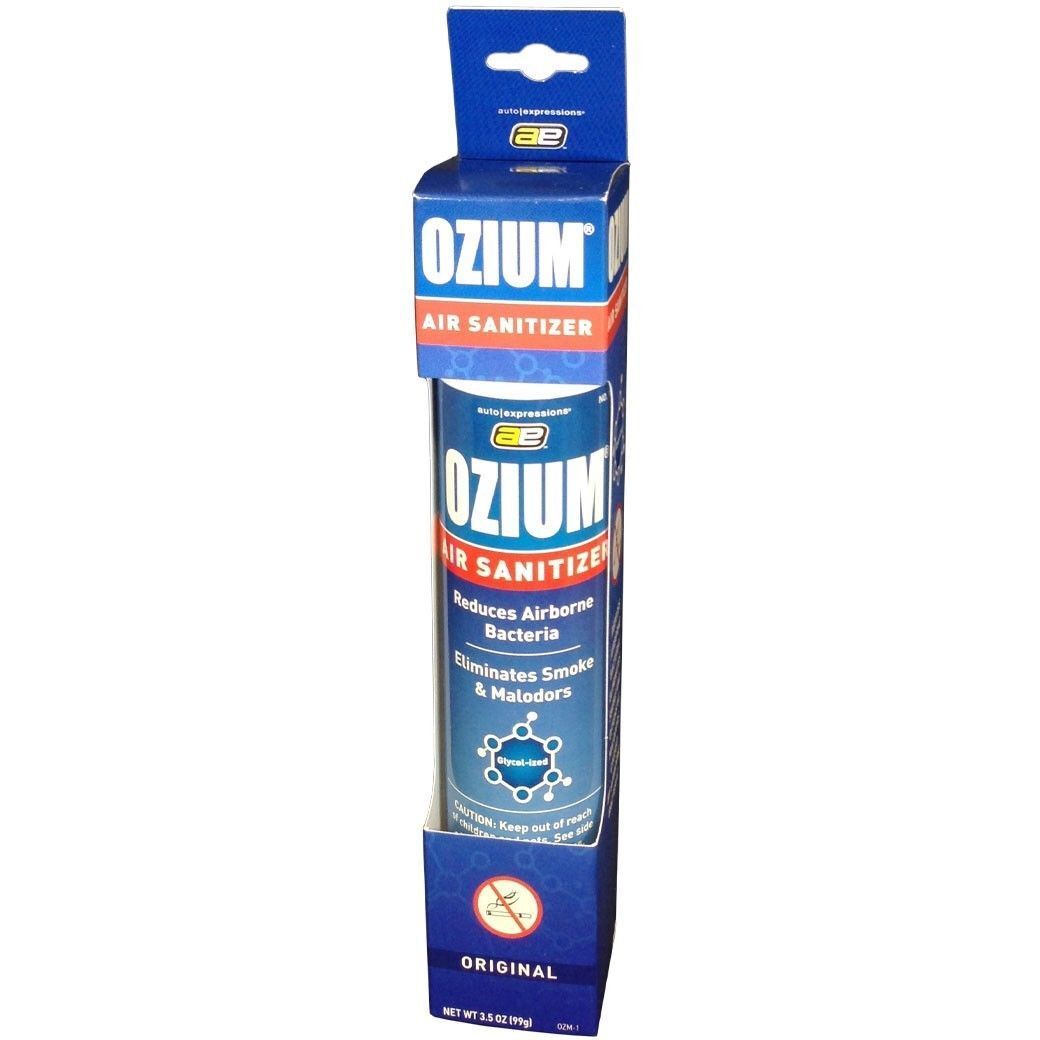 Ozium air sanitizer is a powerful odor-eliminating product. It attacks bacteria to purify the air and remove all sorts of odors. Available in multiple scents and sizes to suit a variety of needs and locations, Ozium products are both versatile and effective.

How does Ozium work?

Ozium air sanitizer eliminates odors by combating bacteria and odor-causing particles suspended in the air. It contains micron-sized particles of propylene glycol and triethylene glycol. These particles attach to odorous airborne molecules and deactivate them, drastically reducing unwanted smells. The fragrance component of Ozium products imparts a clean scent along with its sanitizing power.

How do you use Ozium air sanitizer?

Ozium air sanitizer is an industrial-grade product, so care should be taken during use. Heres how to use it.

Ozium eliminates a wide variety of odors from bacteria and airborne contaminants. It is especially effective at reducing and eliminating cigarette smoke, cooking smoke, and fire smoke. It also eliminates or reduces smells from sweat, trash, pets, alcohol, mildew, vomit, and many other sources. It can be used in a wide variety of locations, including weight rooms, locker rooms, offices, bathrooms, kennels, bars, and automotive garages.

What scents and sizes of Ozium are available

Ozium air sanitizing spray comes in four scents: original, fresh citrus, country fresh, and vanilla. The spray is available in several sizes from 0.8 ounces to 14 ounces. It is also available in gel and disk form and may be placed in inconspicuous locations to freshen the surrounding air.

Who should use Ozium air freshener?

Because it is such a versatile product, Ozium air sanitizer can be used by a variety of people. It is appropriate for gym goers, travelers, adults who smoke, janitors, office workers, and a variety of others. Because it comes in a convenient travel size, the spray can be used on the go, so you can freshen the air wherever its needed.

\tContent provided for informational purposes only. eBay is not affiliated with or endorsed by Ozium.