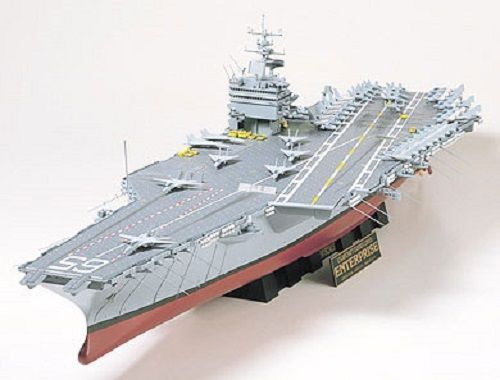 If you have ever been interested in owning a toy boat, then building a boat from a model kit might be of interest to you. These styles of toys are constructed by assembling multiple parts together to form a completed model. Manufacturers have designed a variety of boat model kits for collectors and builders that represent both real-world subjects and imaginary crafts.

What sizes are buildable toy boats available in?

Model kits come in a range of sizes called scales. Smaller boat subjects are available in scales of 1:35 or larger. A large boat will often be represented in smaller scales that make these subjects easier to build and display. The 1:2400 and 1:2500 scales are often used for tabletop wargaming. Some of the more prevalent plastic model kit scales include:

What are the details of the toy Titanic by Minicraft?

The toy Titanic luxury liner manufactured by this company is a kit that is produced in 1:350 scale. It is made from injection-molded plastic and is assembled from 454 parts. This toy includes 37 photo-etched metal parts in the deluxe version of the model kit. There is a water slide decal sheet included as well. The parts are molded in different colors for the builders who do not paint their completed projects. A large instruction booklet lists each building step in order with pictures used for clarification.

Are accessories and upgrade parts available for detailing ship kits?

A variety of upgrade parts are available in a variety of materials, including metal and resin. These upgrades include deck components, railing or rigging details, and weapon upgrades. Additional accessories cover a range of fighters and jets, crew members, and additional weapon systems. These additional parts may come pre-built or may require assembly to complete.

Are kits available that represent ships from older European civilizations?