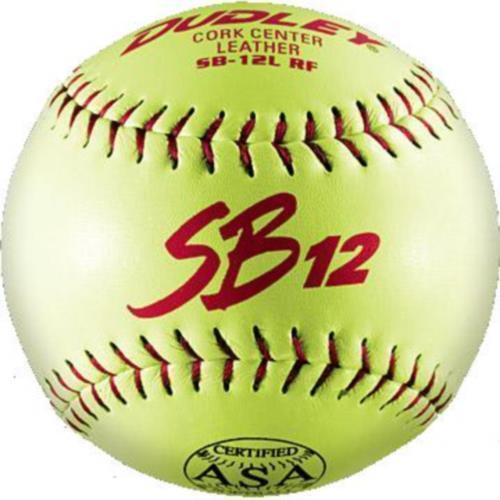 A variant of baseball, softball is played on a smaller field and with a larger ball. The ball, which is not particularly soft, is generally made from a core of long fiber kapok, or a mixture of cork and rubber. Depending on the specific type of game being played, softballs can vary in size.

Whats the difference between an ASA- and USSSA-certified softball?

The Amateur Softball Association of America, ASA, and the United States Specialty Sports Association, USSSA, are the bodies that certify softball equipment, namely balls, bats, and gloves for both slowpitch softball and fastpitch softball. To understand the differences, you should remember the following:

What types of seams do softballs have?

The seams typically fall into one of two categories _ raised or flat. Twelve-inch flat-seam balls lay flat against the surface of the fingers, making them more difficult to grip and control. These balls are popular for use in pitching machines. Most slowpitch and fastpitch softball teams use raised-seam balls in league and tournament play.

Should you use balls with leather or synthetic covers?

Long-lasting 12-inch leather covers are the traditional choice for most teams. Most 12-inch leather balls are known for having a secure grip and for their durability. Synthetic covers are less expensive, and they resist dirt and maintain color better than leather. This quality makes them great for training on muddy practice fields.

Whats a 16-inch softball used for?

A 16-inch softball is known as a ñmushballî in recreational sports circles. Some think of mushball as a novelty sport. Mushball is played with larger, softer balls and no fielding gloves. Since a mushball has about half the compression of a regular ball, it will fly roughly half as far at half the speed.