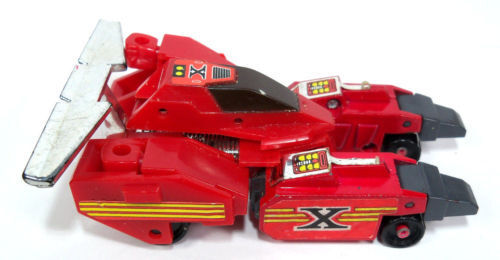 Voltron is the main character of a popular television series and Japanese anime series. Action figures and toys that feature the characters were produced by several different companies over the years. Vintage and new Voltron Transformer and Robot Action Figures are prized by many toy collectors.

When were the first Voltron toys made?

Voltron originated in 1984, when the first season of the children’s television series aired. It was a show that ran for two years and spawned many specials and follow-up series. The series is the creation of a joint effort between Peter Keefe and John Teichmann using material that they had licensed from the Japanese anime series Best King GoLion and Armored Fleet Dairugger XV. They translated the characters, plots, and dialogue into English for release in the United States. This eventually led to comic books and action figures. The first action figures were produced in Japan in 1984, but they would be released later that year in the United States.

The first series to be released was in Japan in 1984, produced by Popy. Matchbox released its first set in the United States as 6-inch figurines of robots. Panosh Place also released a set of toys from 1984 until 1987 when it filed bankruptcy. Trendmasters produced toys to coincide with release of Voltron: The Third Dimension in 1998. They too, went out of business in 2002. Licensing would be bought by Toyami in 2005 and Matel in 2011. Playmates released its first toys in 2017. Bandai and Lego also began producing figures in 2017.

That depends on a number of different factors. The first is the age and company that produced it. Those that are no longer in production may be more sought after than those still being produced. Another factor is the series of the toy. The franchise produced many different series such as the Black Lion, Titans, and various characters including Optimus Prime, Decepticon, and Autobot.

How should you store a Voltron action figure?

If you have a vintage or new figure and you want to keep it in like-new condition, you need to avoid opening the package. The figure should be stored in a cool location out of the sunlight. The packaging should be kept dry and in a place where it will not be dented or crushed. The toy should be in its original packaging and as pristine as possible.

Content provided for informational purposes only. eBay is not affiliated with or endorsed by any of the brands referred to here.