eBay has provided more information about this product above and is not affiliated with or endorsed by Apple. 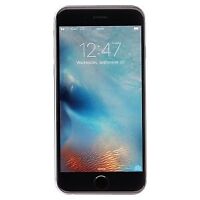 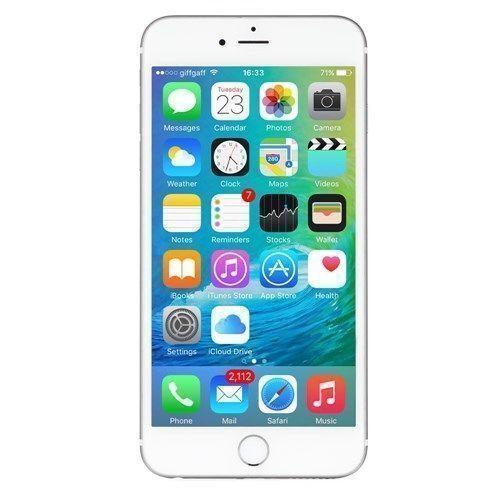 Choosing your next cell phone or smartphone is never an easy decision. In todays technological world, a smartphone is a fifth limb: a phone becomes an extension of most people, sounding an alarm to wake them up in the morning and being the last thing they look at before they go to bed. What phone will suit your lifestyle best? The Apple iPhone 6s may just be your next smartphone of choice.

The Apple iPhone 6s was released into the world in September of 2015, yet continues to be an iconic phone, especially among consumers that cannot get enough of Apple products. The 6s was the next Apple phone to follow the iPhone 6. If you think that the "s" is insignificant, think again: the 6s is a large improvement over the iPhone 6, having better hardware and more features. Weighing in at a mere 5.04 ounces, this phone is truly lightweight and can easily slide into your back pocket or the side pocket of your purse or bag. But dont let its small size deceive you. Under this phones hood youll find processing power capable of handling all your phone-related tasks. The iPhone 6s comes equipped with 2GB of RAM and a dual-core 1.84 GHz processor.

The iPhone 6s was designed with the user in mind, coming with more features than most people know what to do with. It boasts a sharp, 12-megapixel camera that is also capable of capturing 4K video, something that was groundbreaking at the time of this phones release. This phone also comes jam-packed with sensors, including a gyroscope, barometer, accelerometer, and even a fingerprint scanner.

One of the most enjoyed features of the iPhone 6s is its lengthy battery time. This phone boasts a 1715 mAh lithium-ion battery, which offers the user up to 14 hours of talk time, 50 hours of music play, and a whopping 240 hours (10 entire days) of standby time. Because nothing is more tedious than having your phone die during a critical moment, most everyone greatly benefits from the powerhouse battery inside the Apple iPhone 6s.

For those looking for even more out of their smartphones, there are many options that continue to push the boundaries of smartphone technology. The iPhone 8 series was a welcome update to the already fantastic iPhone 7 series, and a logical jump-up from the iPhone 6s series. With an energy-saving OLED screen and an A11 Bionic chip, the new series of iPhones offers a longer battery life and a faster processor than the 6s, and performs twice as fast at the 7. There’s also a wireless charging option built right into the iPhone 8 and iPhone 8 Plus, making tangled cables a thing of the past. Between the faster processor and the many features of the iPhone 8, as well as its sleek yet durable design, theres a lot to get excited about, including a studio-quality 12-megapixel camera with enhanced portrait modes and a 3D Touch display. Snag an 8 or 8 Plus and see this feature-rich powerhouse for yourself.

The iPhone X is the third member of the 8 series. The largest iPhone to date, the display takes up every inch of the 5.8-inch model, and its packed with a lightning-fast processor and plenty of photo features and the apps you love as well as the addition of the exciting and new Augmented Reality feature. Moreover, the iPhone X boasts the much-awaited retina-scanning technology, being the pinnacle of both convenience and security. Your phone simply scans your facial features to unlock it, ensuring no one else but you can use your device without your permission.

Should you trade up to the newest additions to the Apple smartphone family? The choice is yours, but the iPhone 7 and 8 series certainly are worth getting excited over.

Content provided for informational purposes only. eBay is not affiliated with or endorsed by any of the brands mentioned above.